The P2P Foundation was co-founded by Michel Bauwens and James Burke in 2005, with the technical assistance of Brice Leblevennec. Since then, we’ve benefited from many contributions to our knowledge commons from a rich variety of individuals.

While there are distinct roles within the network (find out more here), this is the team that is presently working fully dedicated to P2P Foundation. We are pleased to meet you! 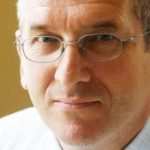 (P2P Foundation. Thailand/Belgium) Michel Bauwens is the founder and Vision Coordinator of the P2P Foundation and works in collaboration with a global group of researchers in the exploration of peer production, governance, and property. Bauwens travels extensively giving workshops and lectures on P2P and the Commons as emergent paradigms and the opportunities they present to move towards a post-capitalist world. Michel is also the director of research of CommonsTransition.org. a platform for policy development aimed toward a society of the Commons and a founding member of the Commons Strategies Group, with Silke Helfrich and David Bollier, who have organised major global conferences on the commons and economics. Three recent books, amongst which (with Vasilis Kostakis), Network Society and Future Scenarios for a Collaborative Economy have been published in English, Dutch and French. Michel currently lives in Chiang Mai, Thailand and is currently finalizing a Commons Transition Plan for the city of Ghent in Belgium. 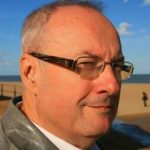 The P2P Foundation Core Team fondly acknowledges the life and work of our dear friend, Jean Lievens, who tragically passed away in September 2016. We cannot overstate how vital Jean was for the P2P Foundation professionally and personally, especially as a long term friend of Michel Bauwens. You can find out more about Jean here: In Memoriam: Jean Lievens 1957-2016.

We use cookies to help us improve this site and your experience. Continue to use the site if you’re happy with this or click to find out more.